We all know the story of the three little pigs. Three pigs built houses with different materials and the big bad wolf comes and blows the weaker houses down. Eventually, the third pig’s house is just too strong to be blown down. The last little pig put the time and effort into building a structure and was safe. We often think of this as just a fairy tale for children, but the moral of the story is just as important, if not more important to small business owners. When you think about expanding your business, you have many options, but it’s necessary to do your research and find your best option. Let’s take a look at three business owners who are considering expansion and see who learned from our “little” fable.

Ted has decided to not expand his business. Profits are good right now and he doesn’t want to spend more money when everything is working out fine at the current time. Ted’s decision seems to make sense, but only if when thinking about the present. This decision doesn’t factor in the long term ramifications of his small business. Right now, Ted may be able to compete with his competition, but choosing not to expand is gambling on the idea the competition won’t expand. If the competition expands, they will create a buzz and it will most likely lead to more curious customers. Eventually, it’s possible Ted could lose his standing in the economy and his position isn’t so comfortable anymore. Now, expansion isn’t a decision to be made on his own; it’s a necessity to survive.

Ted’s decision to not expand turned what should be an easy process into a stressful situation down the road. Even if you have put off expansion, but want to expand now, it doesn’t have to be complicated. You just have to do your research and you’ll find a steel building provider to help you achieve your goal.

Like Ted, Calvin’s car repair business has reached a crossroads. After hours of research and personal reflection, he comes to the decision that expansion is the only way his business will grow. Taking his profit into consideration, Calvin notices that traditional timber has a relatively low upfront cost and decides to utilize a wood framed building. Calvin places his order for traditional timber, understanding the wood will have to be measured and cut on the job site. Calvin also has to work with and pay his architect if any adjustments need to be made on the job site. He understands his new shop is susceptible to mold, termites, and fire. Wood isn’t as durable as other building materials and boards, planks and parts will most likely need to be replaced every few years.

Once Calvin’s building was erected, he ran into another problem. Wood buildings often require truss systems. When he tried to install car lifts in his auto shop, he realized he could only raise the car halfway to the anticipated height. If he would have looked into the clear span framing option and thought to buy a steel building, he wouldn’t be running into this issue.

Consider what material with which to build. Weigh the pro’s and cons of a steel building and a pole barn.

Derek is always thinking about the future, and he wants to take his small business to the next level. He understands that a steel building is an investment in his business and, naturally, wants to get a good return on his investment. Derek took the time to do as much research as he could, reading every blog and article he could find on the subject. He found several resources and made his decision to buy a steel building. Derek ordered his pre-engineered steel building from Armstrong Steel, through the Direct Buy process. He decided to buy directly from the manufacturer, so he could pick out his accessories and manage his project down to the last detail. Derek worked with a dedicated project manager, and ordered a building with pre-galvanized secondary framing to protect his building from the elements.

While there is no tangible big bad wolf in our example, the antagonist is still present, just in the form of a true challenge. Life has a funny way of testing you and your choices. The first two little pigs didn’t think about the future. They only planned for the present. When a challenge rolled around (the wolf), these pigs weren’t in a position to handle it.

Ted and Calvin were the same way. I’m not saying a wolf, or anything else will come and knock down Calvin’s wood frame structure, or Ted’s business. But the inability to forecast changes in the business landscape, and not plan for future problems could leave two of our small business owners with problems down the road.

Building expansion is a necessity when it comes to growing your business. When you decide to expand your business, take a lesson from these three business owners. Do your research and build a building that even the big bad wolf couldn’t blow down.

Home » Small Business Owners Network » Are You Planning for the Future?

« So You’re New to Metal Buildings? This is What You Need to Know
Is Your Church Stuck in a Rut? Here’s an Easy Fix »
PRICE A STEEL BUILDING IN MINUTES NOW! Are You Working with Green Materials?

While steel buildings come in several different colors, one of the most important colors you’ll hear is ‘green.’ But in this instance, we’re not talking about paint on the exterior of a building. We’re talking about energy efficiency. In fact, one of the biggest benefits of steel is it’s the most recycled material on the planet…. … 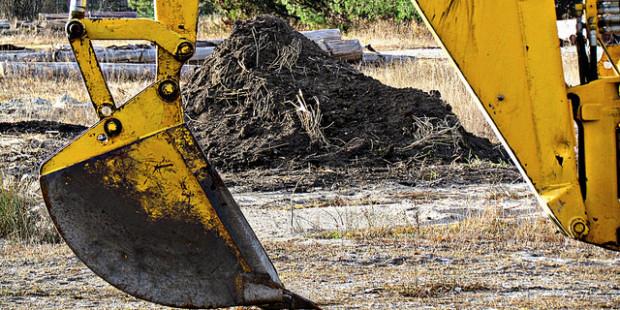 Why Don’t You Want to Expand Your Business?

What’s keeping you from growing your business? Of course you want to expand your business and see it bloom into success. Many small business owners are afraid to grow – and we understand it can be a hectic prospect – if you let it become one. What if you decide expansion isn’t in your future?… …