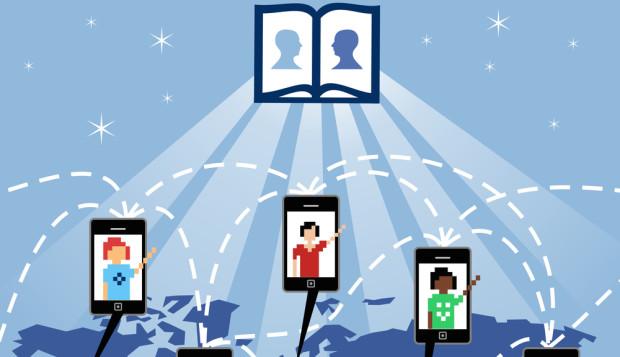 Facebook recently celebrated its 10 year anniversary. In the timeline of church history, 10 years is a tiny sliver – but what the past 10 years can teach you as a church leader is worth a century of experience. The best part of the internet is that it provides a pretty decent real-time snapshot of how people are behaving. It’s data driven, it’s quantifiable, and behaviors can be measured and reported with some degree of accuracy. It may seem counter-intuitive or even in-human to a church leader, but you can learn a lot about your congregation from the past ten years of social networking.

There are several lessons that social networking sites like Facebook can teach us. In the end, a congregation is a type of social network. In the last decade, we’ve learned quite a bit (some say too much) about other people thanks to online social sites but if you take a ‘page’ from the Zuckerberg experiment, you might be able to more effectively solidify the community you are building on Sunday mornings.

1. People genuinely want to know what’s going on in other people’s lives.

Sure, every congregation has a busy-body who wants to know what everyone else is doing because of his or her own personal insecurities or as a means to jockey into a position of influence. For the most part, however, people want to know about other people because we are social creatures who are genuinely curious about and care for one another. Relationships are complicated – Facebook even has a designation for that – but managing human relationships with effective church teachings is your job.

We like to hear about successes, triumphs, even failures or tragedies. Shared experiences build community. We learn to support each other, build empathy, we evaluate our own lives and priorities. Social networks give us that opportunity. So does your Sunday service. Incorporating your sermon message into the lives of the people sitting in the pews requires some insight into what is going on but when done correctly, the timeless messages in the Bible become less like fables or ancient tales and more like real life modern lessons, applicable to real live people.

Maybe you’ve answered the 10 question survey on what kind of tree you are, or taken part in a survey that tells you which ‘Friends’ character you are. Here’s the truth about those surveys – they are hardly scientific and SURPRISE, they are designed to collect data. You have demographic information online and when you answer these surveys companies collect and compile the data with your answers and compress it into marketing information.But people keep taking these surveys because we all like to be asked questions and hope to receive information about ourselves. Communication is just the collection and transfer of information – for survival and even for salvation.

As a church leader, are you maximizing your message by asking people to tell you about themselves? Are you doing it creatively? If you develop your sermon but have not asked your congregation to participate, you’re skewing away from the people in the pews.This will lead to a disconnection from your congregation and a reduction in attendance.  Engage people, ask them about themselves, you give them the opportunity to learn about who they are through your message and the answers to your questions. In the process, you’re learning about your flock which you can use to deliver a more personalized message.

3. All ideas are stupid until they are genius.

I don’t know why but people are naturally hostile to and suspicious of new things. Maybe you dismissed Facebook before you joined. The idea of Twitter is insane – who cares what you are doing every few minutes – and who would care about what I’m doing! But these companies have literally changed the world in the few years they’ve been in business.

The lesson here for a church leader is that some of your best ideas are going to seem ridiculous; even outrageous; perhaps lame. Believe in your ideas and you’re sure to penetrate the minds of the people you lead.

4. Some groups reduce the attendance of other groups.

I read in a Forbes Online article dated 12/30/13 that Facebook is dead and buried to people under 25. Facebook started as a college networking site and, according to this article, its original demographic has all but left it. The article details several studies which demonstrate that once parents and grandparents jumped on Facebook, young people made a mass exodus to other, more mobile, more private, social promised lands like Snapchat, Twitter, and Instagram.

Remember this as a church leader. Your future congregation doesn’t even want to log on to the same websites as their parents, why would they want to sit in the same pews and hear the same message? There is a certain independence young people associate with doing something their parents can’t or won’t do. Pay special attention to that natural need for independence and you will grow your younger congregation into a healthy older one.

A few years ago Facebook made what was an almost suicidal error. It changed the way it looked. Sure the website had more features and eventually people learned to love it – but it was rocky. People were mad, there were millions of posts about ‘hating the new Facebook,’ and countless promises to look to other social networks – ad revenues declined significantly.

The truth is, people like things to remain the same. Your lesson here is that it’s not a great idea to change things up all at once. Facebook learned from that lesson – today, changes and improvements are rolled in a slower and more gradual pace. Leading your congregation requires some periodic adjustments – from new preachers, new times, even new rules about parking. Don’t shock people with an over-haul. Give your flock time to grow into changes and they will learn to embrace them.

Facebook seems like such a simple idea. Give people a place where they can meet ‘virtually’ from wherever they are ‘physically.’ Give them a platform to share and learn from each other. I’ve heard it so many times, “I could have thought of that.”

But you didn’t. Or maybe you THOUGHT about it, but did nothing about it. Leadership and innovation means having an idea and then doing something with it. Couch potatoes accomplish nothing. Imagine if Paul had decided that expanding the church was a great idea – but did nothing about it. All ideas – whether spiritual or secular – are only as good as what they produce. Put the potato chip bag down, get off the couch, make a plan and execute it, right?

The truth is the pace of change is happening at an alarming speed. My guess is that you haven’t changed or adapted in the decade that Facebook has been around. Look at what you’re doing and what the people in your congregation are doing. Is your congregational social network as relevant as the online social network? If it’s not – then it’s time to adapt.

You don’t believe it? Tyler and Tripp made a hilarious video about Facebook which is worth a view. It is a mockery of the Facebook ‘Look Back’ videos that Facebook produced for every one of its 500 million users to celebrate its 10 years online. Check it out here.

While these comedians are poking fun at us, as I write this, there were 5,887,261 views. If you don’t think social networks have an impact on the way people behave, you should probably log on somewhere and see how wrong you are.

What are other ways technology has impacted your leadership? You’re reading an online blog now – so you must have some exposure to the power of the internet in church leadership. Let’s discuss how you’re using the web to connect with your congregation and what lessons have you gleaned from your internet exposure?

« Should Your Church Count on Numbers?
The Space Debate: Lease vs. Build for Your Small Business »
PRICE A STEEL BUILDING IN MINUTES NOW! The debates are over. Come November 8th, Hilary Clinton or Donald Trump will be elected as the 45th President of the United States of America. If you were one of the millions of Americans who tuned in for one of the presidential debates, you might have heard one of the candidates mention China, foreign steel issues… … What Contractors Won’t Tell You About Building Your New Church

A new church building project is a huge undertaking. From choosing what type of building you want to the materials and design, you might think it could be tough to get exactly what you want for your budget. That’s true of any building project. In the construction industry, transparency is one of the goals of… …