The Peculiar Thing about a Roof Only Steel Building

Perhaps one of the most nonsensical engineering wonders that you’re going to encounter on your ranch or farm or even in your backyard is the ‘roof only’ structure – and why it should usually cost more than a building with four walls, doors, and windows.

Perhaps you’ve got hay to store, a tractor to keep out of the elements; maybe you need a carport or a place for outdoor gatherings, parties or concessions. A roof only building seems like the logical solution. And it is, for sure, but people are surprised to learn that these structures are often quoted by contractors and steel building companies for more money than a complete walled or sheeted structure. But why, they ask? The answer, in a nutshell, is engineering.

The main force buildings are designed to resist is wind. Sure, it feels great to have a warm breeze on a hot day and wind is the reason trees rustle in the evenings and seasons change – but all the sweet and endearing qualities of nature’s gentle drafts are like a roaring tempest of destruction to an engineer.

If you’ve ever witnessed the destruction caused by a tornado, you’ve probably seen many buildings with the roofs ripped right off the walls. Because of a pesky scientific property called, ‘energy transference,’ when wind hits the side of a wall, the wall doesn’t stop the force of the wind. It takes the energy and throws some of it towards the ground and some of it up towards the eave (or overhang), creating a wedge of force that can rip the roof system right off the walls like popping a can of Pillsbury biscuits.

This transference of energy happens within the ‘walls’ of a roof only building, as well. But how, you ask? There isn’t a wall to transfer this destructive wind energy anywhere! But, there is, there definitely is. As wind rushes into the tunnel created by the roof only structure, it speeds up faster than the air which exists outside the structure and it creates more pressure under the roof than what is above it.

When this accelerated, high pressure air collides with a wall of slower air, the energy is transferred down and up in much the same way it is when it hits the sheeted wall and it could easily pop the top off the building with the startling force of that can of biscuits – if it isn’t engineered properly. The way engineers compensate for this energy transference is to do a couple things which aren’t exactly obvious. First, they’ll likely design the roof rafters to be slightly thicker. For instance, a roof assembly that might require an eight inch member beam on a walled or sheeted building could require a ten or twelve inch beam on a roof only building. This means, more material.

The space between the purlins (the secondary roof framing bars that help support the roof) might also need to be reduced. In some areas, a building that might require four and a half feet of spacing between these beams on a walled or sheeted building might require that the framing pieces be placed just a yard apart, instead, on a roof only building. This means that you’re going to need more purlins for the span of the building. This also means more materials.

But something has to hold this fortified roof to the ground, which is where you want his building to stay. This is done with the rigid frames (or columns) which give the roof only building its height; the pieces of the frame that extend from the foundation to the roof, basically.

The same engineering rules apply to these pieces, as well. The depth and mass of the supporting columns needs to be increased, which means more material will be needed, and not by a nominal amount. A sheeted side wall has interior beams called girts which are fabricated out of lighter gauge metal and consequently cost less. The skeleton of the wall interior is supported by these lighter gauge girts and even the wall sheet, itself, which helps keep the building standing or prevent it from flying away.

The whole purpose of a roof only structure is to have unobstructed entry to the shelter from all sides – so the last thing you want is to fill up the area between the columns with support beams. This means that more support is needed from fewer columns – this means more heavy gauge material.

Does this mean that a roof only isn’t the smartest way to go? Absolutely not. Indeed, there are ways you can cut costs in a roof only construction that can help to balance some of the increased cost of a roof only building. You probably won’t need to regulate the temperature in a building with no walls so the insulation and the interior walls needed for insulation won’t be included.

If you’re going to be using the building for hay storage, agriculture equipment, or a car port, they probably won’t need a complete foundation floor – which can amount to a large amount of a walled building’s cost.

Opt for a pier only foundation system which, essentially, is a series of small concrete blocks supporting the columns and connecting the building to the ground thereby using less concrete and requiring less engineering.

The benefits of a building with unobstructed walls are many. There’s pretty much only one benefit of an accurately engineered building – the fact that it won’t fail, collapse, or jet off to some other part of your property. And even though there’s only the one benefit, it’s kind of the most important one.

Finally, here’s the big takeaway from all this. Some steel building sales people and even some contractors are going to tell you that a roof only structure will always cost less than a sheeted building. This should be a huge red flag for you. It means they don’t understand the basics of engineering. We get it – as we said, not a lot of people do, but that doesn’t make it ideal, or even OK.

A good steel building company with an in-house engineering department is going to provide a quote for a more expensive and more accurately engineered roof only building for the reasons I detailed previously. A great steel building company is going to give you the higher quote and continue to explain how you might be able to save money in other ways, too. We can all agree, engineer or not, you don’t want your roof taking off and you don’t want your budget to, either.

« Are You Ready for a New Business Facility?
Fire Yourself From Your Own Small Business »
PRICE A STEEL BUILDING IN MINUTES NOW! Proceed with Caution: Should You Buy a Quonset Hut or Rigid Frame Building?

As with any building type, are lots of advantages and some disadvantages to both Quonset huts and rigid frame buildings. But how do you know which one is right for you? You don’t need to delve deep in the history books to learn about Quonset huts. You might even see some of them still standing… … 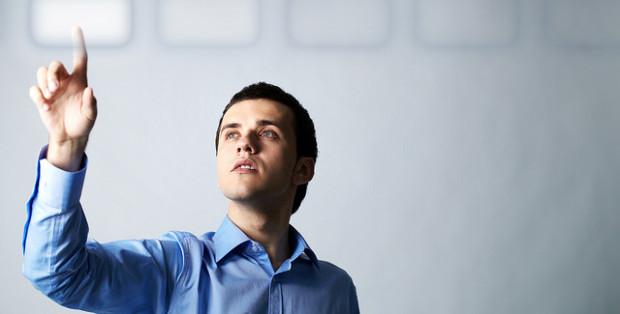 5 Reasons To Get Serious About a CRM Solution…Right Now!

When you first start a business one of the biggest challenges you’re going to face is how you actually do things. In the beginning, you might be forgiven by vendors, customers, and counterparts for lacking processes. There’s something so natural about enterprise to Americans that, almost at the DNA level, we understand that businesses need to… …